Home Lifestyle Why We Must Forgive Ourselves
Lifestyle

Why We Must Forgive Ourselves 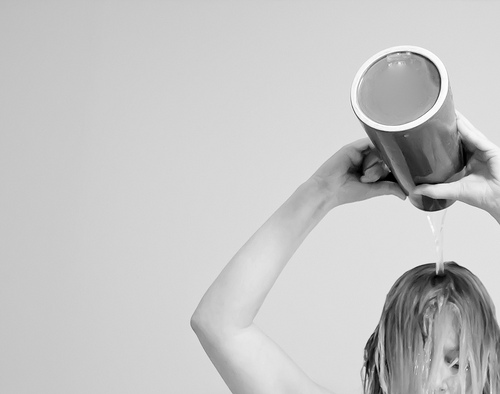 To forgive is to set a prisoner free
and discover the prisoner was you.

Once upon a time there lived a woman who had a bad temper.  She screamed at and scolded everyone around her.  For most of her life she believed the fiery rage inside her was everyone else’s fault.  But one morning she woke up and realized she had isolated herself from all the people in her life who she cared about.  She had no friends, and even her family wanted nothing to do with her.  She knew in that moment that she needed to make a change.

She went to see a well respected Buddhist monk to ask for advice.  The monk told her to take a large clay jug from his kitchen, fill it with water, and stand outside on the sidewalk in front of his house.  “It’s hot outside, and that’s a busy sidewalk with lots of pedestrians,” the monk told her as he pointed out the front window of his house.  “When a pedestrian passes, you must offer them a glass of water.  Do this until there is no rage left inside you.”

The woman with the bad temper was confused – she didn’t understand how this would help her.  But she had heard that this monk was known for his unconventional wisdom and avant-garde methods of healing, and she was willing to do anything to heal herself and rebuild her relationships with those she cared about.

So she stood outside with a water jug and served water to pedestrians every day for the next several weeks.  And every morning she asked herself if rage still pulsed through her veins.  And every morning the answer was, “yes.”  So she continued serving water.  Until this afternoon when a burly man walked up, snatched the water jug out of her hand, drank directly out of it, and then tossed the jug on the ground as he continued on his way.

The rage within the woman skyrocketed into an irrepressible fit.  Unable to contain herself, she picked-up the clay jug off the ground and, with all her might, threw it at the burly man as he walked away.  It was a direct hit.  The jug shattered into pieces over the back of his head and he fell to the ground, unconscious and bleeding.

As the woman’s rage subsided, she realized the magnitude of what she had done and began to cry.  She used a payphone to call 911 and report the incident.  An ambulance and two police cars arrived at the scene moments later.  As the EMTs strapped the burly man into a stretcher, the police handcuffed his arms and legs to the stretcher.  Then one of the police officers walked over to the woman, who was still crying, and said, “The city owes you a big ‘thank you.’  That man has been on our most wanted list for over a year now.  He is a primary suspect in multiple murder cases and violent robberies.”

The moral of the story is that we simply don’t know.  We want to believe that if we completely rid ourselves of our inner darkness then we will always make the right choices, and be of service to ourselves and those around us.  But life isn’t so linear and predicable.  Sometimes our darkness inadvertently leads us to do things that impact the world in a positive way, just as our unconditional love sometimes forces us to overlook the criminal standing before us.

I tell you this story not to encourage you to let your anger get the best of you, but rather to provide you with an opening to forgive yourself for your own humanity – your own moments of rage and darkness.  Because, even in our darkest moments, there is a light that shines within us that has the potential to be of service to ourselves and others in ways we may never fully comprehend.

Photo by: Picture This / Patty

Wendy is a stay-at-home mom who loves to blog. She likes to share general blogs that she finds interesting and thinks will help others. Wendy is always looking for new ways to improve her family's life, and she hopes that her blog can help others do the same.

7 Reasons Its Time To Move On And Embrace Change

3 Questions That Will Free Your Mind

What is Sublimation Printing; Ultimate Guide and Benefits...

How Do Inverter Generators Work?

How to Choose the Right Vest for Your...

Gift Your Kid With A 3D Pen

3 Questions That Will Free Your Mind

No comments to show.